Like us, you know it, or recognise it… but yes, you do ! this little white cabin lined up along our dykes, very typical and a true symbol of our coasts…

Now that you are there, it certainly reminds you of the taste of family holidays. This little piece of second home, just a stone’s throw from the beach, holds so many memories and hidden treasures. 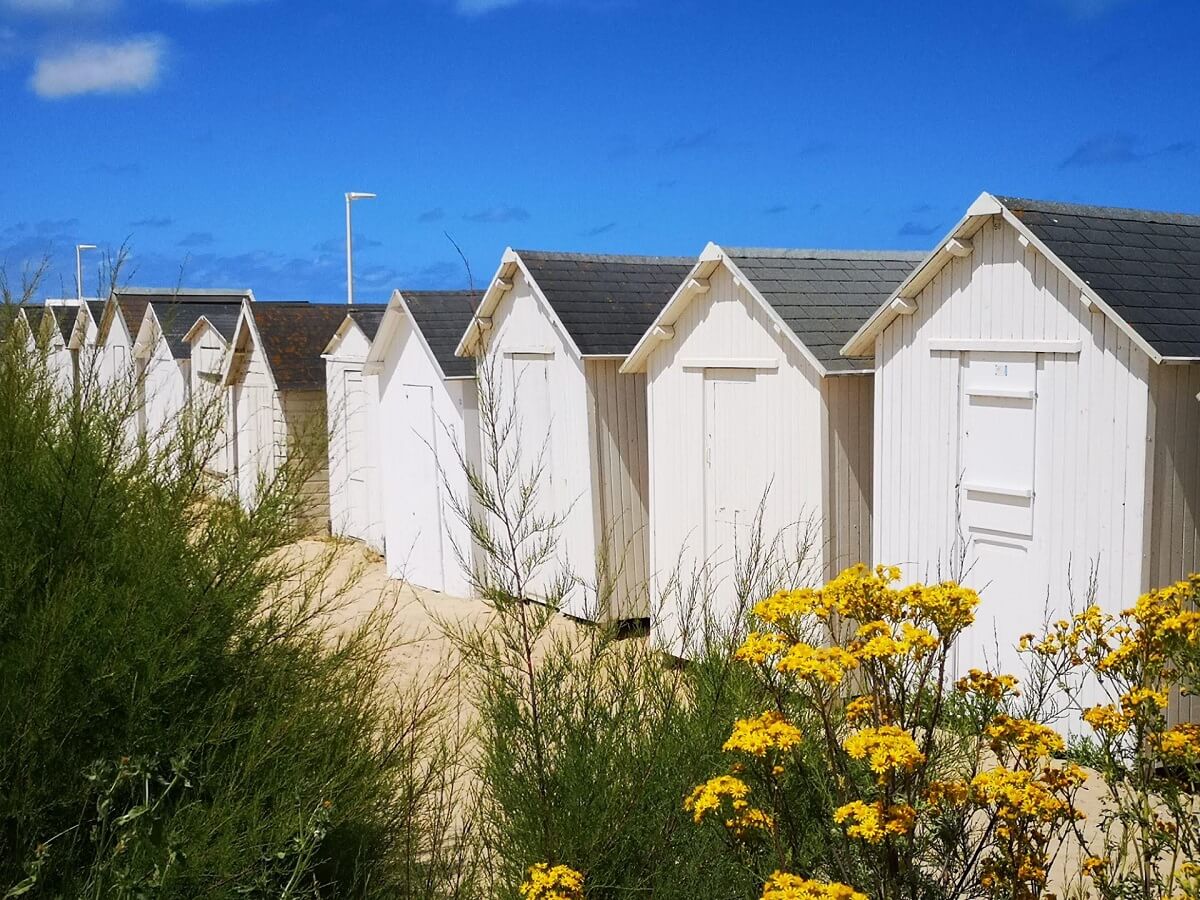 This little safe, measuring one metre by two metres, where we leave everything we need for our swimming and fishing trips. Between grandpa’s equipment and grandma’s shelf where the day’s snack is displayed, I take pleasure in finding here my essential accessories to make (again this summer) the most beautiful sand castles!

Each station has its own story!

At Luc-sur-Mer, the first cabins were installed in the 19th century by the accommodation and restaurant owners of the Côte de Nacre. At that time, the dyke did not exist, so they were installed on the dune, right on the sand.

But the wind and successive tides quickly caused enormous damage, which led some time later to the construction of this dyke, as we know it today.

A very pleasant walk, don’t hesitate to take the risk of climbing this well-known promontory… “the fishermen’s pier“!

“The beach hut, a family history in the Flambard family, meeting with Jacques”

A native “Lutin “(the chic name given to the inhabitants of Luc-sur-Mer), Jacques Flambard inherited the beach hut from his parents, who themselves had inherited it from their forefathers before them.

A carpenter by trade, his grandfather had actively participated in the reconstruction of these cabins following the Occupation, during which the Germans had demanded their removal.

Born in 1953, Jacques has always known the cabin.

He remembers, nostalgically, the Sundays spent at sea:

“My aunt, my uncle, my cousins would come to my grandparents in the morning… The whole family would walk together to the cabin at around 11 o’clock for a swim; then, of course, we would go home for a short lunch break with the secret desire to return once the digestion was over.

During this time, my grandfather went to the casino of Luc-sur-Mer to play ball

It was his pleasure. When he came back, he would give us some money and we would run off with the cousins to buy a baguette with chocolate.

Very often, in fact, he would offer us an ice-cream and mistletoe. “It was our little ritual. 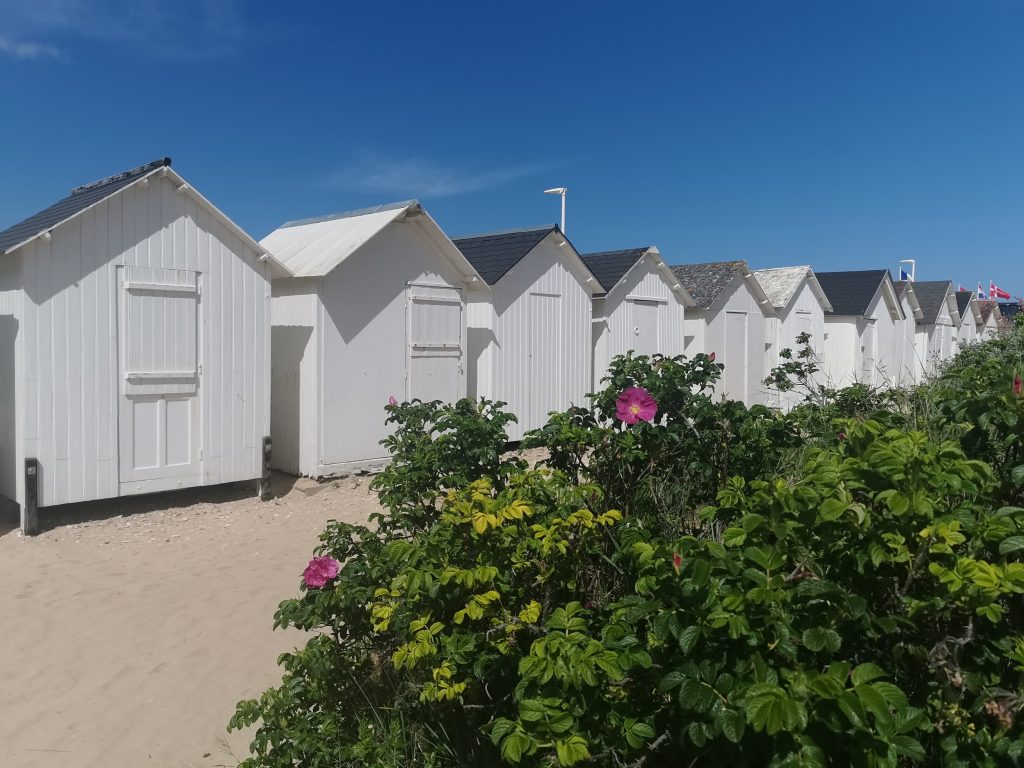 Passing on to his granddaughter what he experienced as a child…

As a father, Jacques continued the tradition of the cabin by going there with his family at weekends (or in good weather) after his work day.

A perfect excuse to strengthen the ties between generations and guarantee unforgettable memories for everyone.

Now retired and a grandfather in his own right, he continues to enjoy it with family and friends whenever possible. He explains:

Before leaving, Jacques confides to us:

“My daughter, who now lives in the Paris region, realises what she lost when she left Luc and only wishes to rediscover the memories and pass them on to her. Moreover, the cabin will be part of her heritage. Such good times spent with the family cannot be forgotten! “