The oldest seaside resort on the Côte de Nacre

Made famous by the pilgrims of la Délivrande in 1820 and renowned for its bathing establishment, Luc is the most popular seaside resort on the Côte de Nacre.

Don’t miss the opportunity to taste a Gui-Gui (candy) at the Place du Petit Enfer and to go for a walk to admire the skeleton of the whale in its park, without forgetting the souvenir photo from the fishermen’s pier. 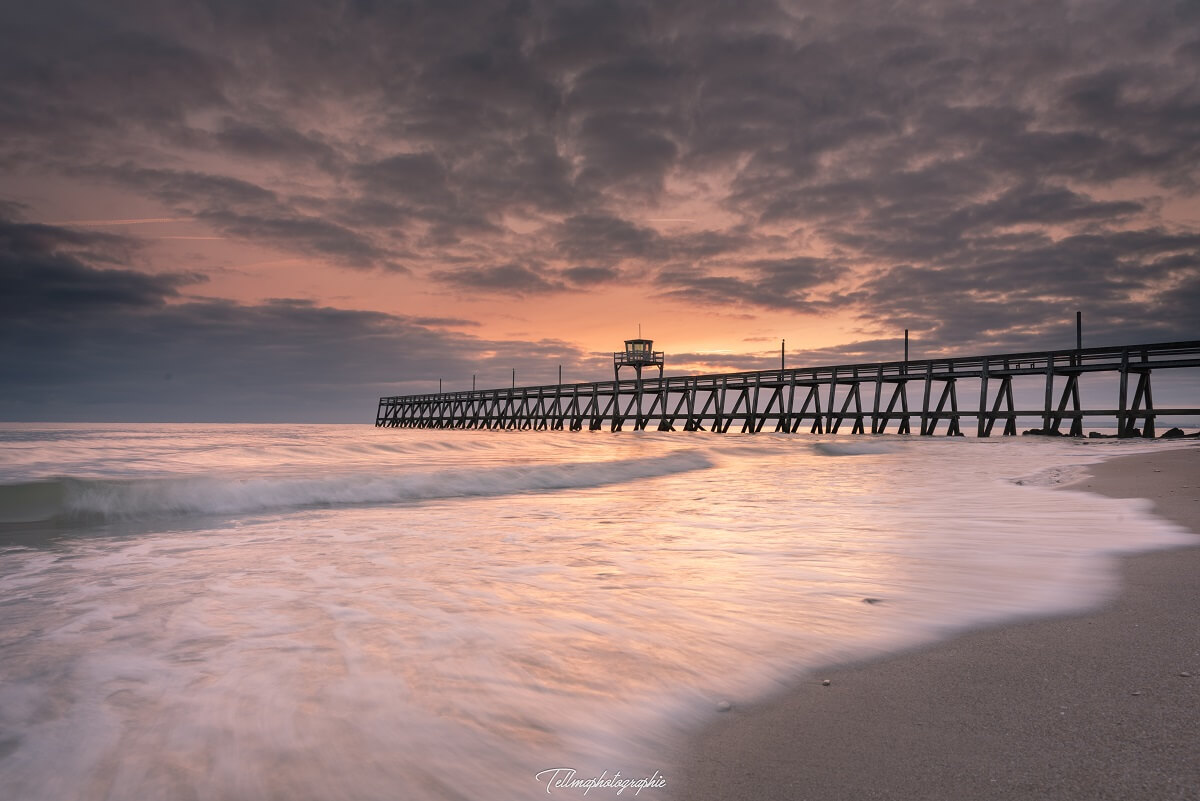 Five thousand years ago, a human population settled along the Douvette (a river) and near a forest which extended where the coastline is today.

From the beginning of the Renaissance, manors and castles were built.

The Protestant community was numerous in Luc. A Protestant cemetery was established halfway between the village and the seaside. After the revocation of the Edict of Nantes, this place was nicknamed the “Little Hell”. This place has kept this name over the years.

Around 1820, Luc-sur-Mer became the oldest seaside resort on the Côte de Nacre. Its beach was frequented by Parisian high society. The railway line opened in 1875 facilitated communications and the transport of goods.

On 15 January 1885, a 19-metre whale washed up on the beach. Its bones have been presented to the public since the 1930s; this cetacean now contributes to the reputation of the town.

During the last war, Luc was chosen by the British for a commando operation led on 28 September 1941 by Lieutenant Gordon Hemming: two soldiers of the commando were killed on the beach.

During the D-Day landings in June 1944, the town came under naval bombardment, but the rocks of Luc and the anti-tank defences led the Allies to land further east (Sword Beach) and further west (Juno Beach).

Today Luc-sur-Mer is a lively seaside resort all year round. The renovation of the seafront and the Place du Petit Enfer will promote the dynamism and attractiveness of the town.

Lively and family-friendly, the town is popular for its thalassotherapy and local seaweed treatments, its casino, its shopping street, its restaurants and its water sports.

The wooden pier : imported from the outer harbour of Ouistreham in 1971, it has become a well-known place for anglers.

The skeleton of the Whale : exposed in the park of the town hall. A museum on this cetacean is open in season.

Thalassotherapy : 3 wellness areas with oriental hamman, seawater pool and Japanese baths, not to mention treatments based on local algae.

La falaise des confessionnaux (the cliffs) : a natural area with numerous caves, located between Luc-sur-Mer and Lion-sur-Mer. Beware of the risk of landslides.

The Casino : with its slot machines, its restaurant and its terrace facing south.

Taste a Gui-Gui : This candy is more than a hundred years old, 100% sugar. You can eat it wrapped around a small wooden stick while strolling along the seafront with your hair blowing in the wind !