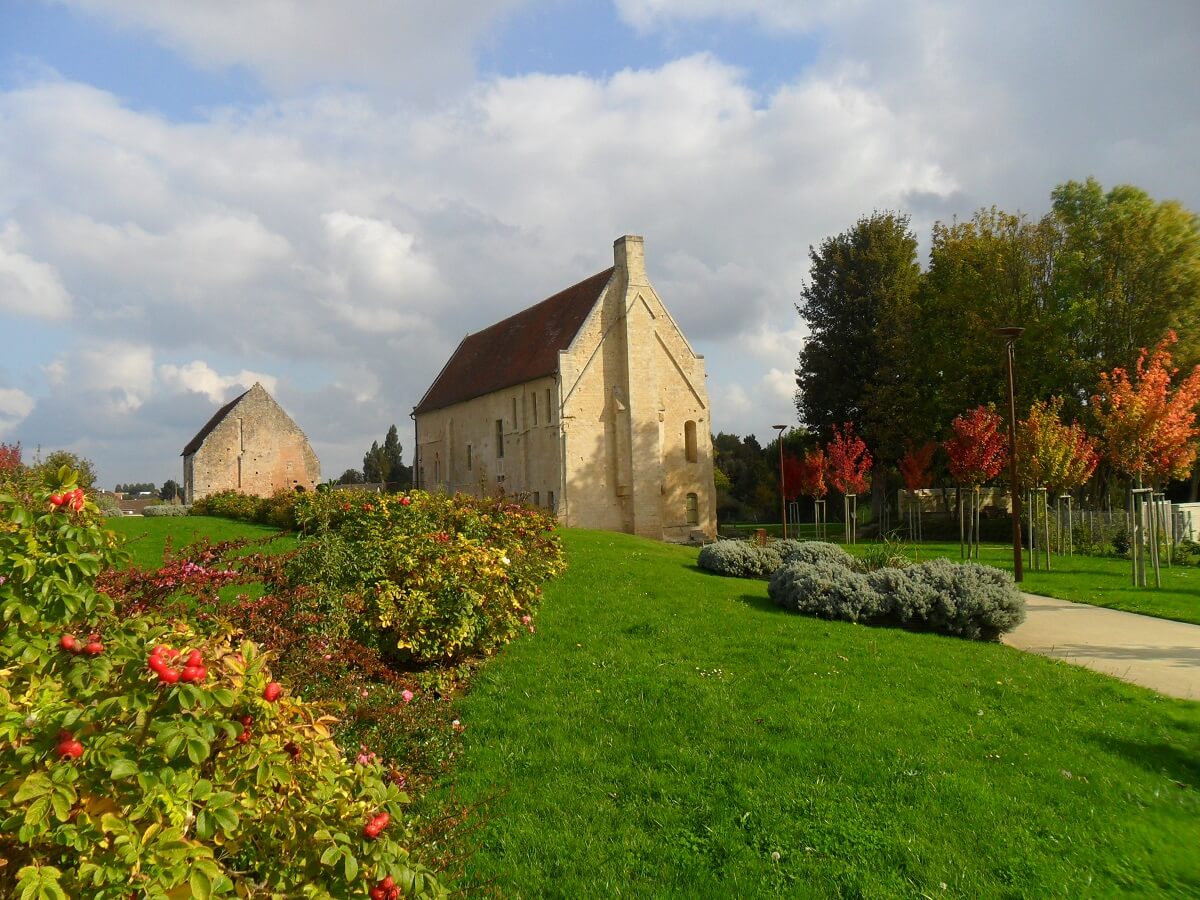 Deally located between Caen and the sea, this urban commune of 5,000 inhabitants is dynamic and pleasant to live in. With a rich historical past and a corresponding heritage, Douvres also offers numerous shops, a market of flavours and an aquatic centre, Aquanacre. It is also known for its British military cemetery and its radar museum, a remnant of the Atlantic Wall.

Dover is a land of passage and occupation, situated on an ancient Roman road. As early as the 11th century, the bishops of Bayeux owned land there and built an episcopal manor: “the barony of Dover”, one of their seven baronies, which attests to the importance of the commune during the Middle Ages.

La Délivrande, a hamlet detached from Luc, was a very important pilgrimage centre dedicated to the Virgin, as important as that of Mont Saint-Michel in terms of attendance! The cult of Notre-Dame de la Délivrande, initially local, became famous from the 15th century onwards. In the neo-Gothic basilica, which replaced a 12th century chapel, a Black Madonna sculpted in the 16th century is venerated.

The commune, which officially became Douvres-La-Délivrande in 1961, has thus juxtaposed two nuclei of habitat: one, “Old Douvres”, essentially rural until the middle of the 20th century, centred on the church of Saint-Rémi and the episcopal manor; the other, “the Bourg”, with the Basilica, the religious communities and the shops.

The Chapelle Lalique : presents a beautiful set of liturgical furniture by the glassmaker René Lalique.

The Basilica of Notre-Dame de la Délivrande (basilique) : on this site was a Gallo-Roman temple that was replaced by the Romanesque chapel. The current basilica was built in the 19th century. The tympanums of the doors tell the story of the pilgrimage dedicated to the Virgin. Inside, don’t miss the statue of the Black Virgin.

Promenade Thomas de Douvres : a pretty path along the Douvette. It is named after a famous character, Thomas Osbern, who became Archbishop of York in England in 1071, after having been Treasurer of the Church of Bayeux. He was later called Thomas of Dover because of his birthplace.

The Barony : its creation dates from the 11th century. Its owners were close to the Duke-King William the Conqueror. Sold during the Revolution, it then became the property of the town in 1974. Recently renovated, it is surrounded by a pretty garden with trees and a children’s playground.

Douvres Radar Station : Housed in the former German detection station, the museum presents the history of the site and the radar in the original bunkers. It is today the only site in France presenting one of the 5 examples of the Würzburg radar in the world.

The market of flavours (marché des saveurs) : Place Lelièvre, every Wednesday from 4pm to 8pm. You can find everything here, local products but also flavours from elsewhere.

Discover the 4km walk in Douvres-la-Délivrande :

Just a stone’s throw away : the Tailleville castel (château) which houses Emmaüs, an ideal place to bargain and find bargains.